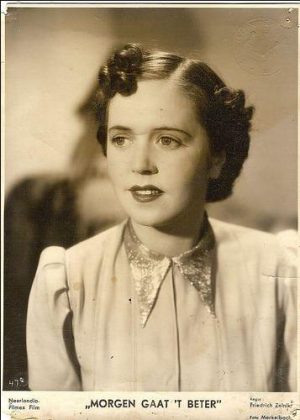 Lily Geertruida Maria Henriëtte Bouwmeester was a Dutch theater and film actress, who was crowned with a Golden Calf for being "the best actress in Pre-War Dutch cinema".