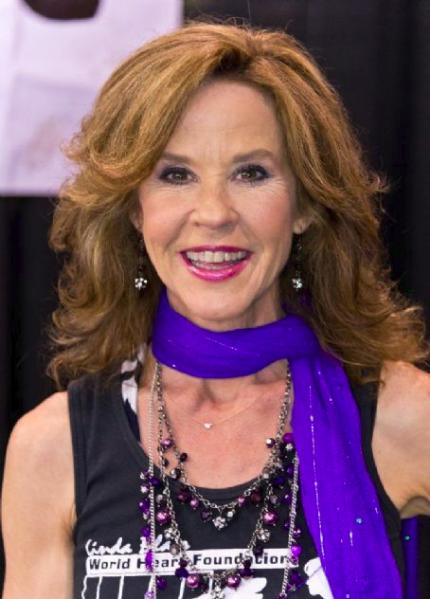 Linda is alive and kicking and is currently 62 years old.
Please ignore rumors and hoaxes.
If you have any unfortunate news that this page should be update with, please let us know using this .

Does Linda Blair Have the coronavirus?

Linda Denise Blair (born January 22, 1959) is an American actress. Blair is best known for her role as the possessed child, Regan, in the film The Exorcist (1973), for which she was nominated for an Academy Award and won a Golden Globe. She reprised her role in Exorcist II: The Heretic (1977).
In 1972, Blair was selected from a field of 600 applicants for her most notable role as Regan, the possessed daughter of a famous actress, in William Friedkin's The Exorcist (1973). The role earned her a Golden Globe and People's Choice Award for Best Supporting Actress as well as an Academy Award nomination for Best Supporting Actress. Film critic and historian Mark Clark notes that in her performance, "Blair matches [adult co-star] Ellen Burstyn note-for-note."

Despite the film's critical successes, Blair received media scrutiny for her role in the film, which was deemed by some as "blasphemous," and Blair has said the film had significant impact on her life and career. After the film's premiere in December 1973, some reporters speculated about Blair's mental state, suggesting the filming process had resulted in her having a mental breakdown, which Blair denied, and she would later receive anonymous death threats. To combat the rumors and media speculation surrounding her, Warner Bros. sent the then-14-year-old Blair on an international press tour in hopes of demonstrating that she was "just a normal teenager."
At age fifteen, Blair dated Australian singer Rick Springfield, whom she met during a concert at the Whisky a Go Go. She also dated Deep Purple bassist Glenn Hughes. Between late 1979 and mid-1981, Blair dated Styx guitarist Tommy Shaw. In the early 1990s, Blair was in a relationship with actor Wings Hauser.
On December 20, 1977, Blair, then just eighteen years old, encountered trouble with federal law enforcement authorities as she was arrested with drug possession and conspiracy to sell drugs. She pleaded guilty to a reduced charge of conspiracy to possess cocaine, in exchange for three years' probation. Blair was also required to make at least 12 major public appearances to tell young people about the dangers of drug abuse.