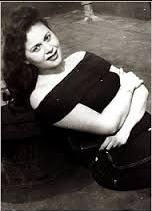 Linda Pugach was an American personality who was born on February 23, 1937.