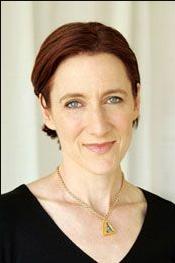 Lisa is alive and kicking and is currently 62 years old.
Please ignore rumors and hoaxes.
If you have any unfortunate news that this page should be update with, please let us know using this .

Does Lisa Henson Have the coronavirus?

Lisa Henson's father, Jim Henson, died on May 16, 1990 as he was 53 years old. His cause of death was organ failure (due to streptococcal toxic shock syndrome).

Lisa Marie Henson is a television and movie producer who has been involved in television shows such as Sid the Science Kid and blockbuster movies Lethal Weapon, Batman and Batman Returns. She is the daughter of puppeteers Jane and Jim Henson, and the sister of Brian Henson and John Henson.