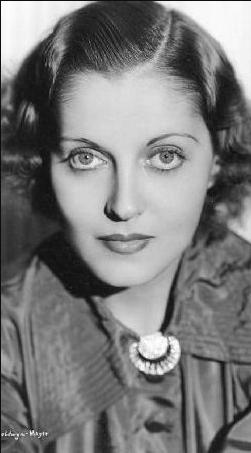 Louise Henry was born as Jessouise Heiman to Dr. Jesse Heiman and his wife, Louise Henry Heiman, who was a vaudeville star. Louise Henry Sr. as she was known, contracted tuberculosis while performing in vaudeville and was sent to a sanitarium in Saranac Lake, NY. While there she was treated by Dr. Heiman and the couple fell in love and got married. Jessoiuse was their only child, and she and her mother spent a great deal of her youth touring Europe, where the young Louise, as she was called, made quite a splash dancing the Charleston. When they returned to the states Louise moved to Hollywood, where she took her mother's name as a stage name and started acting in movies. She had several connections before arriving in Hollywood, among them Will Rogers who had been a good friend of Louise Sr. in their vaudeville days and Carl Laemmle, whose life had been saved by Dr. Heiman.Louise only acted for a few years, but made several films mostly at MGM, where her beauty was compared to that of Jean Harlow and Carol Lombard. She returned to New York City in the early 40's and married Samuel Robert Weltz, Sr. She had two stepchildren from this marriage S. Robert Weltz, Jr. and Pauline Weltz Raiff. Louise and her husband, who was a lawyer, lived a quiet life splitting their time between homes in Manhattan and Elberon, NJ. Although she was very sick in her last few years, her beauty never waned and she always had a smile on her face.She was the step grandmother of filmmaker, Laurie Weltz and the step great grandmother of actress India Ennenga.