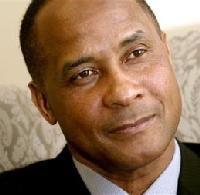 Lynn is alive and kicking and is currently 70 years old.
Please ignore rumors and hoaxes.
If you have any unfortunate news that this page should be update with, please let us know using this .

Lynn Curtis Swann (born March 7, 1952) is an American politician who was the Chairman of the President's Council on Fitness, Sports, and Nutrition from 2002 to 2005. In 2006, he was the Republican nominee for Pennsylvania governor. Before entering politics, he was an American football wide receiver for the NFL's Pittsburgh Steelers.
Swann retired after the 1982 season with four Super Bowl rings. In his nine-year career, he amassed 336 career receptions for 5,462 yards and 51 touchdowns, 72 rushing yards on 11 attempts and a touchdown, and 739 punt return yards and a touchdown. He was a Pro Bowl selection three times 1975, 1977, and 1978, and was selected on the 1970s All-Decade Team. Swann was named an All-Pro Team Selection in 1975, 1977, and 1978. He was elected to the Pro Football Hall of Fame in 2001, a year before his teammate John Stallworth.

On August 19, 2010, the Pittsburgh Tribune-Review reported that Swann would be a part of the ownership team for Pittsburgh's AFL expansion franchise, which began playing in the spring of 2011. Named the Pittsburgh Power, the team shared the Consol Energy Center with the Pittsburgh Penguins of the National Hockey League. Swann has said that, despite his football experience, he does not interfere in the day-to-day coaching, although he would occasionally give some advice. The team folded in 2014.
On June 10, 1979, during the summer after winning Super Bowl XIII, Swann married Bernadette Robi, the daughter of singer Paul Robi of The Platters. The pair divorced in 1983, and she is currently married to boxing legend Sugar Ray Leonard. On June 23, 1991, Swann married Charena (née Shaffer), a psychologist, and they have two sons who currently play football collegiately.