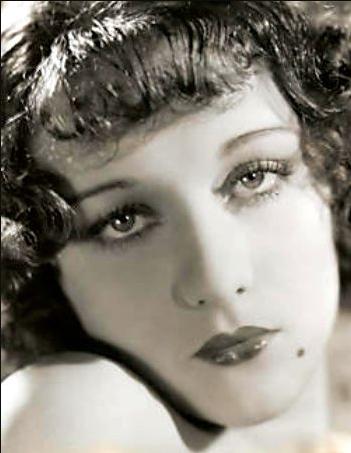 Mae passed away on November 1, 2004 at the age of 90 in Los Angeles, California. Mae's cause of death was natural causes.

Mae Madison, who died on November 1 aged 90, was the Hungarian-born leading lady of some 20 Warner Bros films made during the arrival of the "talkies".She played Olga Chekova opposite John Barrymore in The Mad Genius (1931) and the plucky Ginger Malloy in The Big Stampede (1932), with John Wayne. "John was a tease," Mae Madison said earlier this year. "He knew when I got the role in the movie that I had never been anywhere near a horse. When the time eventually came for me to get on the beast, John whacked its rump, causing it to bolt. I went one way and the horse went the other. John thought it hilarious. We became good friends." Later she became a favourite of the showman and choreographer Busby Berkeley, appearing in almost all his lavish extravaganzas made on the Warner Bros lot between 1931 and 1939. In Kid Millions (1934) Mae played Strawberry, wearing silver ice-skates as she and scores of other girls whipped cream in a ice-cream parlour sequence. Mae said recently, "Buzz got to like me, so I was never out of his pictures. He`d telephone me and say, `Mae, bring your swimsuit to the studios. You`re gonna be my gal in this new picture.`"She was born Mariska Megyzsi on September 14 1914 to Hungarian parents. Her father was a violin maker who had moved to New York in 1910. Mae began her career as a child dancer with The Megland Kiddies and quickly made the transition into films, making her debut in the silent film The Play Girl (1926), directed by Donald Crisp, and then appeared in Words and Music (1928).Two years later she won a contract with Fox, and then moved to Warner Bros, where in 1931 she made no fewer than eight films.While she loved making pictures, the attention of male suitors was less welcome: "In Hollywood you only had to turn round and there was someone who wanted to sleep with you. DW Griffith took me out to dinner on one occasion and was so desperate to go all the way that he pulled a gun on me. Fortunately, I escaped intact." George Raft, Errol Flynn, Michael Curtiz and Gary Cooper were all in love with the blonde, blue-eyed Mae, whose voice was described as sounding like Betty Boop after one too many Martinis.In the event, she married the Irish director William McGann. Unfortunately, "he thought being married didn`t mean giving up other women. He bought me a mink coat that reached from the ceiling to the floor with my name stitched into every pelt. The only problem was, he started seeing the girl who sold him the fur and then ditched me and married her."Marriage did offer Mae Madison all the trappings enjoyed by Hollywood`s elite. She had a lodge on Lake Arrowhead, a small aircraft and a house near the home of Mary Pickford and Douglas Fairbanks. She became firm friends with George Gershwin and Ben Lyon - the latter was her leading man in Her Majesty, Love (1931).Mae Madison caused great excitement in cinemas across America as she danced the Breakaway in Fox Movietone Follies of 1929. She featured alongside Janet Gaynor and Charles Farrell in the musical comedy Sunny Side Up (1929), played opposite Douglas Fairbanks Jnr in the First World War melodrama Chances (1931), was billed above the newcomer Bette Davis in So Big! (1931) and played Elaine Gabb in The Mouthpiece (1932).When Mae Madison married William McGann, he had insisted that she give up work, which she did. But after their divorce, she found herself broke, and it was a struggle getting back into Warners. Her luck changed when she was introduced to Busby Berkeley, who cast her in Golddiggers of 1933 (1933), Folies Bergère de Paris (1934) and Redheads on Parade (1935).In recent years, Mae Madison had hired an agent and was on the lookout for work, but only television commercials came her way. "I`m dying to get my teeth into a meaty role," she said earlier this year. "After all, I`ve over 75 years` experience behind me."She continued to dance in theatres in Los Angeles, and would often meet up with former Busby Berkeley girls for reunions. She featured in the BBC Breakfast News coverage of the 75th Academy Awards, and was last on screen in Complicated Women (2003), with the former 1930s ingénues Frances Dee and Karen Morley.Mae Madison married, secondly, the scholar Ulysses D`Angelo. She is survived by a son and her daughter, Laurie, an actress and comedienne; another son predeceased her.