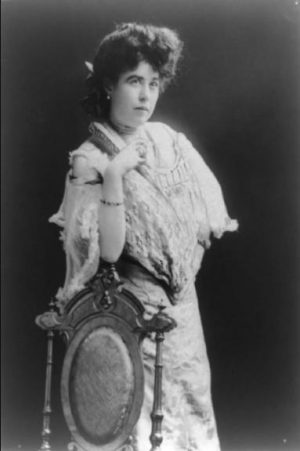 Margaret Brown was an American socialite, philanthropist, and activist who became famous because of her survival of the 1912 sinking of the RMS Titanic, after exhorting the crew of Lifeboat No. 6 to return to look for survivors. It is unclear whether any survivors were found after Lifeboat No. 6 returned to search. She became known after her death as "The Unsinkable Molly Brown", although during her life, her friends called her "Maggie". A 1960 Broadway musical based on her life was produced, along with a 1964 film adaptation of the musical. Both were titled The Unsinkable Molly Brown.