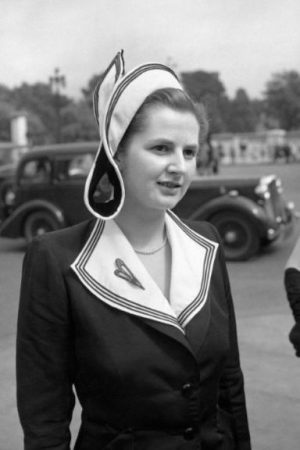 Margaret passed away on April 8, 2013 at the age of 87 in England, UK. Margaret's cause of death was stroke.

Born on October 13, 1925, in Grantham, England, Margaret Thatcher became Britain's Conservative Party leader and in 1979 was elected prime minister, the first woman to hold the position. During her three terms, she cut social welfare programs, reduced trade union power and privatized certain industries. Thatcher resigned in 1991 due to unpopular policy and power struggles in her party. She died on April 8, 2013, at age 87.
Politician and former British prime minister Margaret Thatcher was born as Margaret Hilda Roberts on October 13, 1925, in Grantham, England. Nicknamed the "Iron Lady," Thatcher served as the prime minister of England from 1979 to 1990. The daughter of a local businessman, she was educated at a local grammar school, Grantham Girls' High School. Her family operated a grocery store and they all lived in an apartment above the store. In her early years, Thatcher was introduced to conservative politics by her father, who was a member of the town's council.

A good student, Thatcher was accepted to Oxford University, where she studied chemistry at Somerville College. One of her instructors was the Dorothy Hodgkin, a Nobel Prize-winning scientist. Politically active in her youth, Thatcher served as president of the Conservative Association at the university. She earned a degree in chemistry in 1947, and went on to work as a research chemist in Colchester. Later, she worked as a research chemist in Dartford.
Margaret Thatcher's health made headlines in 2010, when she missed a celebration at 10 Downing Street, held in honor of her 85th birthday by David Cameron. Later, in November 2010, Thatcher spent two weeks in the hospital for a condition that was later revealed to cause painful muscle inflammation. In 2011, she sat out such a number of major events, including the wedding of Prince William in April, and the unveiling of the Ronald Reagan sculpture in London in July. Additionally, in July 2011, Thatcher's office in the House of Lords was permanently closed. The closure has been seen by some to mark the end of her public life.
Battling memory problems in her later years due to her strokes, Thatcher retreated from the spotlight, living in near seclusion at her home in London's Belgravia neighborhood.
Margaret Thatcher died on April 8, 2013, at the age of 87. She was survived by her two children, daughter Carol and son Sir Mark. Thatcher's policies and actions continue to be debated by detractors and supporters alike, illustrating the indelible impression that she has left on Britain and nations worldwide.