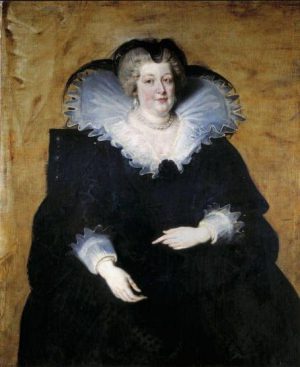 Is Marie de' Medici's father, Francesco I, dead or alive?

Joanna of Austria's information is not available now.

Marie de' Medici was Queen of France as the second wife of King Henry IV of France, of the House of Bourbon. She herself was a member of the wealthy and powerful House of Medici. Following the assassination of her husband in 1610, which occurred the day after her coronation, she acted as regent for her son, King Louis XIII of France, until he came of age. She was noted for her ceaseless political intrigues at the French court and extensive artistic patronage.