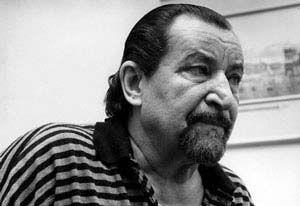 Maurice passed away on November 22, 2007 at the age of 80 in Lausanne, Vaud, Switzerland. Maurice's cause of death was heart and kidney failure.

Maurice Béjart was born on January 1, 1927 in Marseille, Bouches-du-Rhône, France as Maurice Jean Berger. He is known for his work on Je t'aime, tu danses (1977), Ballet for Life (1997) and Bhakti (1970). He died on November 22, 2007 in Lausanne, Vaud, Switzerland.Trivia (4)Dancer and choreographer.He choreographed a work to a soundtrack of rock group Queen's greatest hits; it is entitled "Ballet for Life".In 1960, he formed his own dance company, the Ballet du XXe Siecle ("Ballet of the 20th Century"). The troupe later moved to Switzerland, where it was renamed Bejart Ballet Lausanne.He studied dance in London and Paris, and went on to become a leading avant-garde choreographer in the 1950s. His dances have a sensual style which was not well-received in traditional Paris circles, prompting him to move to Brussels. There, his version of Stravinsky's "Rite of Spring" was staged to much acclaim in 1959.SACD Awards1980 WonGrand Prize