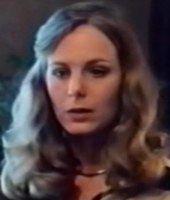 Melba passed away on July 1, 1977 at the age of 22 in San Francisco, California, USA. Melba's cause of death was suicide by gunshot.

Melba Bruce was an American adult movie actress who was born on November 18, 1954 in Solano, California, USA as Melba Lee Bruce. Melba Bruce has worked with adult video studios including Arrow Productions, Command Cinema, and Vinegar Syndrome. She was extremely talented and has acted in videos which are associated with 27 categories.
Melba has starred with a number of performers including Mei Ling Chan, John Leslie and Barry Vane. Paired together 5 times, John Holmes has had the honor of being seen most frequently with Ms. Bruce. Their most recent joint effort, 69 Minutes Evening News Vol. 2, became available in 1987 by Gourmet Video. Some of the other movies in which they have acted together include All Night Long (Vinegar Syndrome), Liquid Lips (Arrow Productions), and Girls In The Band - 1970's Grindhouse Collection (After Hours Cinema).

She had a tiny solid black star tattooed on her upper right pubes.
She died on July 1, 1977 in San Francisco, California.