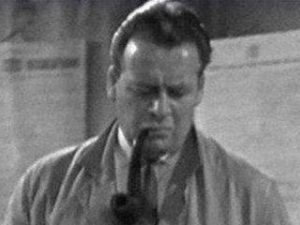 Michael Collins (21 May 1922 – 25 December 1979) was an English television actor. He appeared in many British television series and films, which include Quatermass II, The Adventures of the Scarlet Pimpernel, The Adventures of Robin Hood, The Avengers, No Hiding Place, Emergency – Ward 10, Z-Cars, Goldfinger, The Saint, Danger Man, The Newcomers, Bear Island and others.