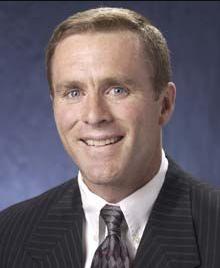 Mike is alive and kicking and is currently 66 years old.
Please ignore rumors and hoaxes.
If you have any unfortunate news that this page should be update with, please let us know using this .

Michael Gordon Eaves (born June 10, 1956 in Denver, Colorado and raised in Windsor, Ontario) is a Canadian American former NHL player and the current head coach of the Wisconsin Badgers Men's Ice Hockey team. Eaves appeared in 324 NHL regular season games between 1978 and 1985, and has coached since 1985. His father, Cecil Eaves, is a former Denver University ice hockey and football player who became a professor and hockey coach at Ohio State and the University of Windsor. Eaves is also the father of current Dallas Stars forward Patrick Eaves and current SM-Liiga Jokerit forward Ben Eaves and brother of former NHL player Murray Eaves.