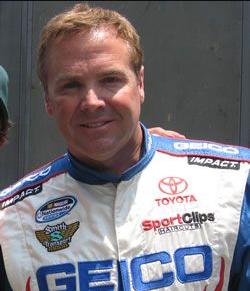 Mike is alive and kicking and is currently 63 years old.
Please ignore rumors and hoaxes.
If you have any unfortunate news that this page should be update with, please let us know using this .

Michael Samuel "Mike" Wallace (born March 10, 1959) is an American stock car racing driver. Born in Fenton, Missouri, he currently competes in the Xfinity Series driving the No. 26 Toyota Camry for JGL Racing. He is the younger brother of Rusty Wallace, older brother of Kenny Wallace, and uncle of Steve Wallace. His daughter, Chrissy Wallace, and son, Matt Wallace, are also active in racing competition.