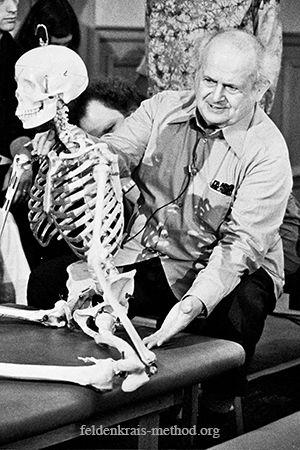 Moshé Pinchas Feldenkrais (Hebrew: משה פנחס פלדנקרייז, May 6, 1904 – July 1, 1984) was an Israeli physicist and the founder of the Feldenkrais Method, designed to improve human functioning by increasing self-awareness through movement. Feldenkrais' theory is that "thought, feeling, perception and movement are closely interrelated and influence each other."