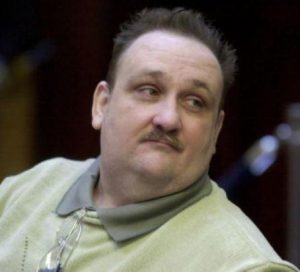 Nathaniel Benjamin Levi Bar-Jonah (February 15, 1957 – April 13, 2008), born David Paul Brown, was a convicted felon and alleged cannibal who was serving a 130-year prison sentence without the possibility of parole in Montana after being convicted of kidnapping, aggravated assault, and sexual assault of various children. He was born in Worcester, Massachusetts.