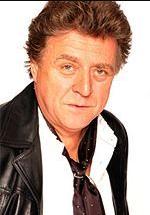 Nicholas is alive and kicking and is currently 76 years old.
Please ignore rumors and hoaxes.
If you have any unfortunate news that this page should be update with, please let us know using this .

Nicholas Ball (born 11 April 1946) is an English actor. He is best known for playing the title role of James Hazell in the television series Hazell.
He portrayed the vicious gang lord Terry Bates in EastEnders between 2007 and 2009. He played Garry Ryan in series five of Footballers' Wives and both series of its spin-off programme Footballers' Wives: Extra Time. The voice of Nicholas Ball can be heard as well on various audio books offered via the internet; he has narrated books from such authors as Christopher Hitchens and James Maybrick. He was, in 2019, in an advert for Premier Inn, playing the part of Lenny Henry's manager.

He was married to actress/comedian and psychologist, Pamela Stephenson until her affair, and eventual elopement, with Billy Connolly.