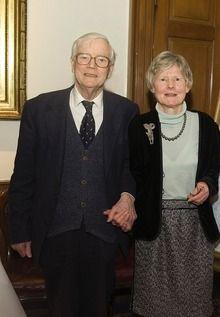 Lady Noreen Elizabeth Murray (née Parker) (26 February 1935 – 12 May 2011) was an English molecular geneticist who helped develop a vaccine against hepatitis B, the first genetically-engineered vaccine approved for human use. During her career she was recognised internationally as a pioneer and one of Britain's most distinguished and highly respected molecular geneticists. Until her 2001 retirement she held a personal chair in molecular genetics at the University of Edinburgh. She was president of the Genetical Society, vice president of the Royal Society, and a member of the U.K. Science and Technology Honours Committee.