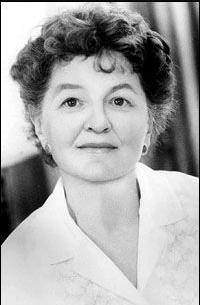 Pamela Lyndon Travers, OBE, was an Australian-born British novelist, actress, and journalist who migrated to England and lived most of her adult life there. She is known best for the Mary Poppins series of children's books featuring the magical English nanny Mary Poppins.