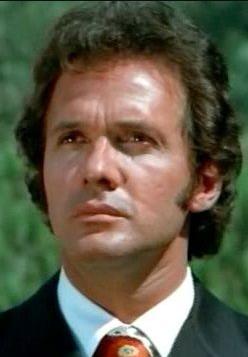 Peter passed away on December 1, 1971 in Malibu, California, USA. Peter's cause of death was massive cerebral hemorrhage.

The late Peter Carpenter is something of an enigma among exploitation movie fans. A pretty boy dancer/actor who had a few small parts in the late 1960s (including one in Russ Meyer’s VIXEN), Carpenter would co-produce, co-write and star in BLOOD MANIA in 1970, and quickly follow it up (performing the same chores) on POINT OF TERROR, both films being picked up by grindhouse specialists, Crown International. This would be Carpenter’s last film, and his fans (you know you’re out there) will be happy not only to own a pristine copy of the film, but also to explore the extras, which shed some light on the man and his short-lived rise to semi stardom.