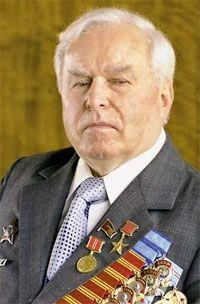 Pyotr Fadeyevich Lomako (Russian: Пётр Фаде́евич Лома́ко) (12 July 1904 – 27 May 1990) was a Soviet politician and economist, head of Gosplan between 1962 and 1965. During the Second World War, he was responsible for overseeing the evacuation of Soviet industry to the Ural mountains region. He was a seven-time recipient of the Order of Lenin, and also received the golden medal of the Hero of Socialist Labor.