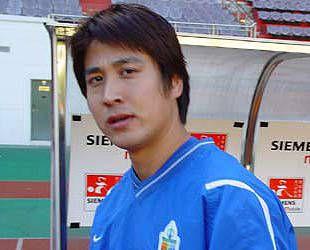 Qi is alive and kicking and is currently 46 years old.
Please ignore rumors and hoaxes.
If you have any unfortunate news that this page should be update with, please let us know using this .

Does Qi Hong Have the coronavirus?

Qi Hong (Chinese: 祁宏; pinyin: Qí Hóng; born June 3, 1976 in Shanghai) is a former Chinese international footballer who played as an attacking midfielder or shadow striker throughout his career. He is predominately remembered for his time at Shanghai Shenhua where he won the league and Chinese FA Cup with them before controversially moving to then local neighbours Shanghai Zhongyuan Huili. While internationally he is remembered for being part of the Chinese squad that came fourth within the 2000 AFC Asian Cup as well as also being part of the squad that took part in the 2002 FIFA World Cup. Since retiring he would help form a local football club called Shanghai Lucky Star Youth Football Club, however on October 12, 2010 he was detained by police for his involvement in fixing a league game against Tianjin Teda F.C. on November 30, 2003 and was sentenced to five and a half years imprisonment on June 13, 2012.