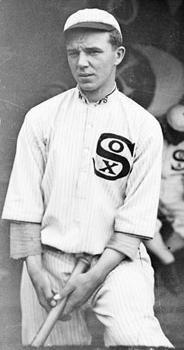 Raymond William Schalk (August 12, 1892 – May 19, 1970) was an American professional baseball player, coach, manager and scout. He played as a catcher in Major League Baseball for the Chicago White Sox for the majority of his career. Known for his fine handling of pitchers and outstanding defensive ability, Schalk was considered the greatest defensive catcher of his era. He revolutionized the way the catching position was played by using his speed and agility to expand the previously accepted defensive capabilities for his position. Schalk was elected to the Baseball Hall of Fame in 1955.