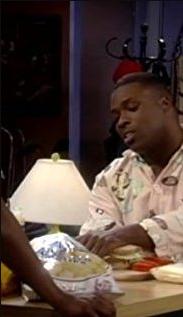 Reginald is alive and kicking and is currently 60 years old.
Please ignore rumors and hoaxes.
If you have any unfortunate news that this page should be update with, please let us know using this .

Reginald Ballard (born October 13, 1965) is an American character actor and comedian from Galveston, Texas, who is probably best known as "Bruh-man from the fifth flo'" (he would often hold up four fingers when saying this) in the Fox sitcom Martin. After graduation from Ball High School, where he was an all district linebacker, Ballard earned a full football scholarship to Southern Methodist University, where he was also a theatre major. Just before his senior year, Ballard transferred to the University of Missouri, where he continued to play football, while continuing to act, appearing in a university production of A Soldier's Story in the role of C.J. Memphis.