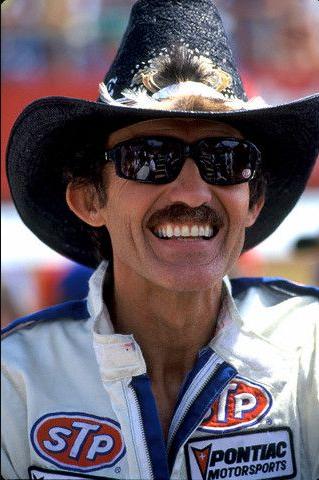 Richard is alive and kicking and is currently 85 years old.
Please ignore rumors and hoaxes.
If you have any unfortunate news that this page should be update with, please let us know using this .

Richard Lee Petty (born July 2, 1937), nicknamed The King, is a former NASCAR driver who raced in the Strictly Stock/Grand National Era and the NASCAR Winston Cup Series. He is most well known for winning the NASCAR Championship seven times (Dale Earnhardt is the only other driver to accomplish this feat), winning a record 200 races during his career, winning the Daytona 500 a record seven times, and winning a record 27 races (10 of them consecutively) in the 1967 season alone (a 1972 rule change eliminated races under 250 miles (400 km) in length, reducing the schedule to 30 [now 36] races).
Statistically, he is the most accomplished driver in the history of the sport and is one of the most respected figures in motorsports as a whole. He also collected a record number of poles (127) and over 700 Top 10 finishes in his 1,184 starts, including 513 consecutive starts from 1971–1989. Petty was the only driver to ever win in his 500th race start, until Matt Kenseth joined him in 2013. He was inducted into the inaugural class of the NASCAR Hall of Fame in 2010.

Petty has established a summer camp known as "Victory Junction", which is intended to give seriously ill children the outdoors experience and experience of summer camp, and is staffed by round the clock medical staff to be on hand in case of emergencies. Petty has been a long-time Republican, and in June 2016 he made an appearance on stage with Donald Trump. In 1996, he was the Republican nominee for North Carolina Secretary of State, but was defeated by State Senator Elaine Marshall in the general election. Petty was mistakenly seen as a shoo-in and his campaigning was sporadic. Following his loss, Petty stated "If I had known I wasn't going to win, I wouldn't have run." A cereal "43's" was created with Petty information on the boxes. Petty also played himself in the 2008 film Swing Vote, where he commends the film's protagonist by allowing him to briefly drive his famous "43" Plymouth.