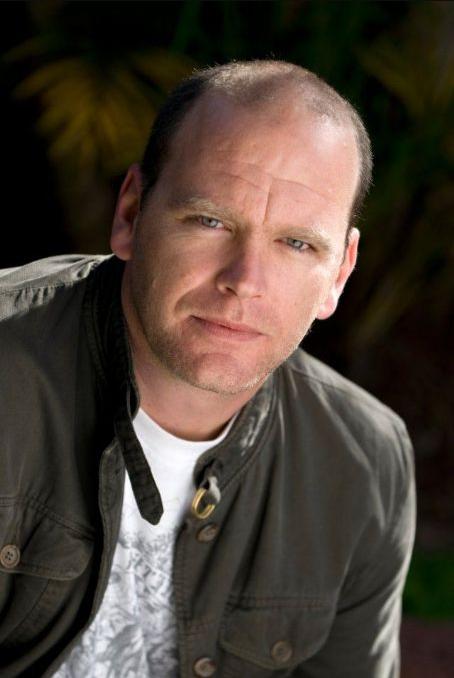 Robert is alive and kicking and is currently 50 years old.
Please ignore rumors and hoaxes.
If you have any unfortunate news that this page should be update with, please let us know using this .

Does Robert Hobbs Have the coronavirus?

Robert Hobbs was born in Cape Town, South Africa in 1972.At an early age his family moved to Welkom, a small mining town in the interior of SA. There he was educated at Christian Brothers College and developed a love of performance through a series of school concerts and trips to the local Saturday morning film matinées.Following his passion, he graduated with a Bachelor of Arts / Performers Diploma in Speech and Drama from the University of Cape Town in 1993.He was cast in a number of theatre roles including Macbeth for the SA State Theatre and his performance in Yasmina Reza's Life x 3 garnered him a Naledi Award nomination for Best Supporting Actor.He became a founding member of Cape Town's longest running improvisational troupe - Theatresports, which still enjoys a cult following today. He also wrote and performed a trilogy of one man shows called Walking Joe and co-wrote the critically acclaimed For Better For Wors, which went on to be selected as one of the best new plays of that year by the SA National Arts Council. This production was acclaimed nationally for its brutal characterization of the South Africa psyche.He starred in numerous hit South African television shows and became a popular figure due to his appearances in Rhythm City and Inkaba. He was then also cast in international television productions for amongst others the BBC, CBC, SABC and HBO.His film breakthrough was Bravo Two Zero for the BBC. This was quickly followed by In My Country, directed by John Boorman. In My Country went on to be nominated for a Golden Bear Award at the Berlin Film Festival. Roger Ebert, reviewer for the Chicago Sun-Times wrote of the film that it had "moments of real emotion".Since then Hobbs has gone on to forge a prolific career as an actor.In 2004 he filmed The Trail (Le Piste) directed by Oscar nominee for Best Documentary Short - Eric Valli. Lisa Nesselson of Variety called it "a ravishingly lensed wide screen tale". He also completed the short documentary Born into Struggle for Uhuru Pictures.2005 saw Robert Hobbs cast as a supporting lead character in the BBC's mini series, To the Ends of the Earth, opposite Benedict Cumberbatch. To the Ends of the Earth was nominated for 6 British Film and Television Awards (BAFTA's) including Best Drama Serial and won the Satellite Award for Best Mini Series.Then, Krakatoa: The Last Days for the BBC/ Discovery went on to garner a Primetime Emmy Award Nomination in the US as well as a BAFTA nomination for best Visual Effects.In 2006, Robert Hobbs joined the cast of Catch a Fire directed by Phillip Noyce for Focus/ Universal starring opposite Oscar winner Tim Robbins. This film established Robert Hobbs as a global actor and led to high profile interest in his career.2007 saw Robert Hobbs complete a starring role in the South African blockbuster Jerusalema, for director Ralph Ziman. The film altered the local South African landscape both critically and at the box office. It won the prestigious Audience Award at the Durban International Film Festival 2008. In 2009 it was elevated to the International Watch List of films. Jerusalema generated near saturation coverage in the South African press and media. Barry Ronge, South Africa's premier film critic, wrote of Hobbs' performance that "he is shown to be a man of principle who really cares about the truth".2009 saw Hobbs cast in director Neil Blomkamp's District 9. It was nominated for 4 Oscars including Best Picture at the 2010 Academy Awards.Following this Robert Hobbs was cast as a guest star in the HBO hit series Strike Back. He also voiced a lead part in the South African animated film Jock 3D.2010 also saw Hobbs achieved a major personal milestone when he was cast by Clint Eastwood in Invictus, opposite Morgan Freeman and Matt Damon. As a child, it was Mr. Eastwood's gritty westerns screened on a shaky projector that had inspired him to take up acting. Invictus received an Oscar nomination for Mr. Freeman's performance as Nelson Mandela.2012 saw him back on the screen opposite Denzel Washington, Vera Farmiga and Ryan Reynolds in Safe House, which went on to box office success globally.Robert Hobbs continued his quest to work on films that not only make a difference but which honor great heroes when he signed on to Mandela:Long Walk to Freedom. Cast as the Chief Warden of Robben Island, he starred opposite Idris Elba and Naomie Harris for director Justin Chadwick. Mandela: Long Walk to Freedom premiered at the 2013 Toronto Film Festival. Mandela: Long Walk to Freedom won a 2014 Golden Globe for Best Original Song.He also achieved another milestone when he appeared opposite William Hurt in the BBC 2 / Discovery television film, 73 Seconds: The Challenger Disaster, which combined his passion for science and one of his favorite actors.2013 saw him sign on to Young Ones opposite Michael Shannon and Nicholas Hoult, for director Jake Paltrow. Young Ones premiered at Sundance 2014.He also featured opposite Mads Mikkelsen in Kristian Levring's Danish Western The Salvation for Zentropa Films. This film is slated for a late 2014 release.Also completed in 2014 was Chappie, directed by Neil Blomkamp.Robert Hobbs lives between Johannesburg, South Africa and Los Angeles, USA.