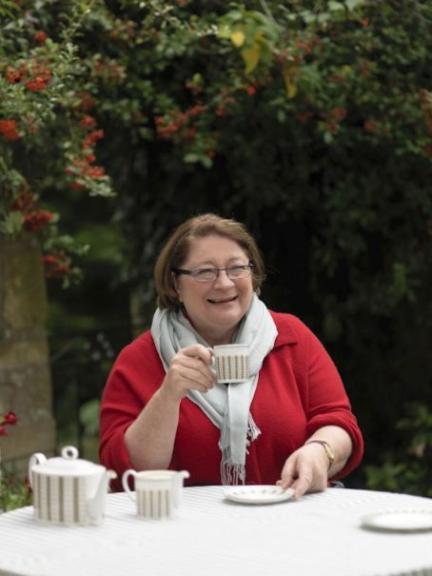 Rosemary is alive and kicking and is currently 71 years old.
Please ignore rumors and hoaxes.
If you have any unfortunate news that this page should be update with, please let us know using this .

Does Rosemary Shrager Have the coronavirus?

Rosemary Shrager (born 21 January 1951) is an English chef, best known for being an haute cuisine teacher on the reality television programme Ladette to Lady, and as a judge on Soapstar Superchef. She also made an appearance on the reality TV show 'I'm a Celebrity, Get Me Outta Here!'.
She and, the food historian and author Ivan Day, recreated dishes cooked for Queen Victoria on the 2011 BBC series Royal Upstairs Downstairs. She is now known for cooking daily on The Alan Titchmarsh Show from 2010 until 2012 and on What's Cooking? during May 2013. On 14 November 2012, it was confirmed that Rosemary had joined the cast of I'm A Celebrity... Get Me Out Of Here! as a late entrant and was voted out by the public on 27 November 2012, finishing in 6th place out of 12 celebrities.

In 2016, Rosemary appeared in the three-part BBC series, The Real Marigold Hotel, which followed a group of celebrity senior citizens including actress Miriam Margolyes and dancer Wayne Sleep on a journey to India. She also appeared on The Real Marigold on Tour to Florida and Kyoto in 2016, Chengdu and Chiang Mai in 2017.
Since 2016, Shrager has been a judge on the ITV daytime series Chopping Block, alongside John Whaite. She will be a guest judge on Culinary Genius in 2017. Additionally, Shrager is a judge on the BBC's show The Big Family Cooking Showdown, alongside Giorgio Locatelli.