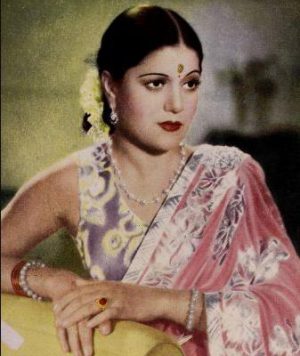 Sardar Akhtar was an Indian cinema actress of Hindi/Urdu films. She started her acting career on the Urdu stage. Her early films were with Saroj Movietone, where she did a majority of stunt (action) roles. She finally came into prominence as the washer-woman in the role of Rami Dhoban in Sohrab Modi's Pukar (1939). As a woman seeking justice for the death of her husband, it was a break-through role for her. A popular song she sang in the film was "Kaheko Mohe Chhede". Her career defining role was as a "peasant woman" deserted by her husband, in Mehboob Khan's Aurat (1940), a role later made famous by Nargis, in Mehboob's remake Mother India.