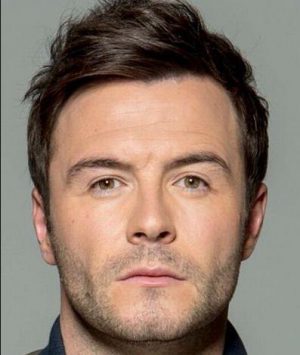 Shane is alive and kicking and is currently 42 years old.
Please ignore rumors and hoaxes.
If you have any unfortunate news that this page should be update with, please let us know using this .

Does Shane Filan Have the coronavirus?

Shane Steven Filan is an Irish singer and songwriter. He was one of the lead singers and frontman of Irish boy band Westlife until the group disbanded in 2012. After Westlife disbanded, Filan released his debut solo album, You and Me, in 2013. Filan has released three solo albums: You and Me (2013), Right Here (2015) and Love Always (2017). He appeared sixteen times in the UK Singles Chart number-ones making him the most appeared Irish music artist in the British music number-one singles history.
Before Westlife, Egan and Feehily were with Filan in a band known as Six as One and IOYOU later on with other Sligonians Derrick Lacey, Graham Keighron and Michael "Miggles" Garrett. He partly wrote the IOYOU's song "Together Girl Forever". For 6 months, Shane's mother, Mae Filan, tried to phone Louis Walsh (who is also the manager of Boyzone). Eventually, she was able to speak to him and talked about her son's band. Three of them were dropped and the other three, Shane, Kian and Mark, joined in finding two more singers for the band. Then they were joined by Nicky Byrne and Brian McFadden to form Westside. The name of the band then changed to Westlife as there were already a number of bands with the name Westside.

In October 2018, a video was posted to Westlife's official social media platforms announcing the group's reunion as a four-piece. In 2019, the group will be headlining "The 20 Tour", named in honour of Westlife's 20th anniversary since its formation and the release of its first single, "Swear It Again", in 1999. In addition to touring, Westlife will also be releasing new music. "Hello My Love", the first single from the group's album, debuted on the Graham Norton Show on 11 January 2019."Hello My Love" will perform on the"National Television Awards" on 22 January 2019.
Filan married his childhood sweetheart, Gillian Walsh on 28 December 2003 at Ballintubber Abbey, followed by a reception at Ashford Castle, Ireland. Gillian is the cousin of fellow band member Kian Egan, making Filan and Egan cousins-in-law. They have three children: daughter Nicole Rose (born on 23 July 2005 in Sligo, Ireland) and sons Patrick Michael, (born on 15 September 2008 in Sligo, Ireland) and Shane Peter (born 22 January 2010), named after his father.
He and his eldest brother, Finbar, run Shafin Developments – a property development company. The company was placed in receivership in May 2012 and Filan was declared bankrupt a little over a month later after suffering losses in Ireland's property crash.