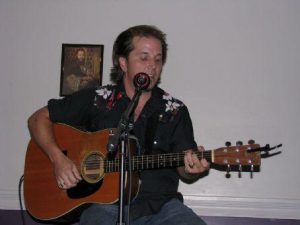 Shannon is alive and kicking and is currently 49 years old.
Please ignore rumors and hoaxes.
If you have any unfortunate news that this page should be update with, please let us know using this .

Shannon Lawson was born in Taylorsville, Kentucky, USA.Trivia (2)He released his debut album "Chase the Sun" in 2002. Lawson's second album, "Big Yee-Haw", was released in 2004.Is a member of "MuzikMafia", a popular group of new country music artists that also includes John Rich and Big Kenny (of the band Big & Rich), Gretchen Wilson, and Cowboy Troy.Personal Quotes (1)We've got a variety of styles in the MuzikMafia, and it's created somewhat of a renaissance in country music, we all feed off each other's music, and it opens new opportunities to express ourselves. I believe there are only two kinds of music, good and bad. I think the fans appreciate that. I know I do.