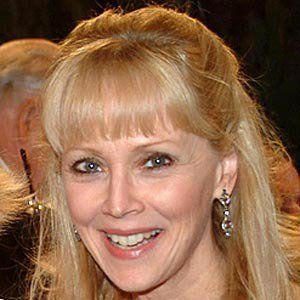 Shelly is alive and kicking and is currently 72 years old.
Please ignore rumors and hoaxes.
If you have any unfortunate news that this page should be update with, please let us know using this .

Does Shelley Long Have the coronavirus?

Evandine's information is not available now.

Leland's information is not available now.

Shelley Long was born on August 23, 1949, in Fort Wayne, Indiana. After a handful of film and television appearances, including 1981's spoof Caveman, MASH and Night Shift, she landed the role of Diane Chambers on the hit sitcom Cheers in 1982. She won an Emmy that year and Golden Globes in 1982 and 1984. Her career since Cheers has included a stint as Carol Brady in 1995's The Brady Bunch: The Movie.
Long's first marriage ended in divorce. In 1979, Long met her second husband, securities broker Bruce Tyson. They married in 1981 and had a daughter, Juliana, on March 27, 1985. Long and Tyson separated in 2003 and divorced in 2004.

Shelley Long attempted suicide on November 16, 2004, by taking an overdose of painkillers. She was taken to the UCLA Medical Center, where she stayed for a week, and was released on November 23, 2004. Shelley had been suffering from depression since the breakup of her 23-year marriage to Bruce Tyson.