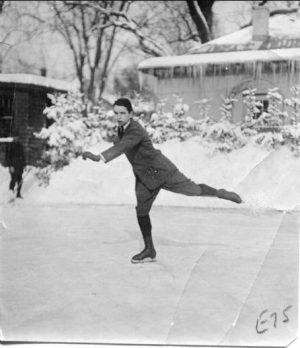 Sherwin Campbell Badger (August 29, 1901 – April 8, 1972) was an American figure skater who competed in singles and pairs. He earned the men's titles at the U.S. Figure Skating Championships from 1920 through 1924. He also captured the pairs gold medal with partner Beatrix Loughran three times, and the pair won the silver medal at the 1932 Winter Olympics. Prior to pairing with Loughran, he competed first with Clara Frothingham and later with Edith Rotch.