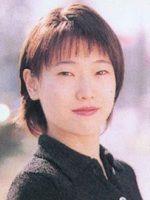 Shiho Niiyama (新山 志保, Niiyama Shiho, March 21, 1970 – February 7, 2000) was a Japanese voice actress and narrator from Matsuyama, Ehime Prefecture. She was attached to Aoni Production at the time of her death. Niiyama was most known for the roles of Kou Seiya/Sailor Star Fighter in the Pretty Soldier Sailor Moon series, Risa Kanzaki in Neighborhood Story, Suou Takamura in Clamp School Detectives and Deedlit in Record of Lodoss War: Chronicles of the Heroic Knight. She was also involved in one voice actor group, Virgo, who are the voice actresses of the anime and game, Ojōsama Sōsamō.