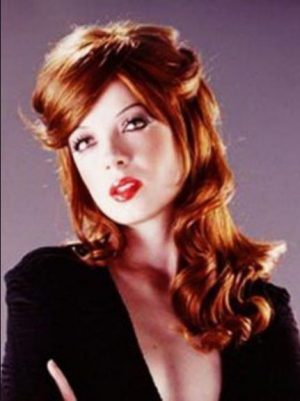 Shirley is alive and kicking and is currently 55 years old.
Please ignore rumors and hoaxes.
If you have any unfortunate news that this page should be update with, please let us know using this .

Does Shirley Manson Have the coronavirus?

FactsheetDropped out of high school at 16.Was a member of several bands before fronting Garbage, including Goodbye Mr. McKenzie and Angelfish.Was asked to join Garbage in 1994, after drummer/producer Butch Vig and the other band members saw an Angelfish video on MTV.Garbage's self-titled debut, released in 1995, went double platinum on the strength of hits "Only Happy When It Rains" and "Stupid Girl."Modeled for Calvin Klein in the late '90s.Had a cyst removed from her vocal chords in 2001.Made her acting debut when she joined the cast of Fox's Terminator: The Sarah Connor Chronicles, playing cyborg Catherine Weaver during the series' second season.
Vig invited Manson to Smart Studios to sing on a couple of tracks. After an unsuccessful audition, she returned to Angelfish. Manson admitted she felt intimidated showcasing herself to Vig, who produced bands she admired such as Nirvana, Sonic Youth, and The Smashing Pumpkins, and Vig added that the audition's disorganized nature along with the Americans not understanding Manson's Scottish accent caused communication problems. At the end of the Live tour, Angelfish imploded and Manson returned to Smart for a second try. She began to work on the then-skeletal origins of some songs and the band invited her to become a full-time member and finish the album; she co-wrote and co-produced the entire album with the rest of the band. In August 1994, Radioactive gave their permission for Manson to work with Garbage. The band's debut album Garbage was released in August 1995, and went on to sell over 4 million copies, buoyed by a run of high charting singles including "Only Happy When It Rains" and "Stupid Girl." Manson quickly became the public face of the band over the course of a tour that took the band through to the end of 1996. Echo & the Bunnymen had asked Manson to sing on their 1997 comeback album.

Manson became the band's chief songwriter for the follow-up record Version 2.0 which equalled the success of the band's debut record after its May 1998 release. During the two-year tour in support of the record, Manson modelled for Calvin Klein. Manson lived in hotels throughout the recording periods of the debut and Version 2.0. The group recorded the theme song to the James Bond movie The World Is Not Enough, and Manson became the third Scotswoman to sing a Bond theme after Lulu and Sheena Easton. In the accompanying video, she portrays an android assassin. For the recording of Garbage's third record throughout 2000, Manson became one of the first high-profile artists to write a blog online, while she decided to improve her guitar playing for the band's next tour. Their third album, Beautiful Garbage, featured Manson's most forward and personal lyrics to date. The album did not sell as well as its predecessors, but Garbage performed a successful world tour in support of it. During a concert at the Roskilde Festival, Manson's voice gave out. She afterwards discovered a vocal fold cyst, and had to undergo corrective surgery.
Manson was married to Scottish artist Eddie Farrell from 1996 to 2003. In 2008, Manson became engaged to record producer and Garbage sound engineer Billy Bush. They were married at a Los Angeles courthouse in May 2010.