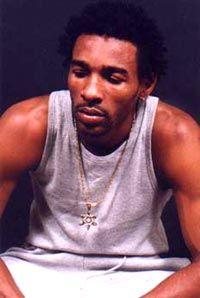 Spragga is alive and kicking and is currently 52 years old.
Please ignore rumors and hoaxes.
If you have any unfortunate news that this page should be update with, please let us know using this .

Does Spragga Benz Have the coronavirus?

Carlton Errington Grant (born 30 May 1969), better known as Spragga Benz, is a Jamaican dancehall deejay. He began his career around 1991. Once known to his friends as "Spaghetti" (tall and slim), but this was later shortened to Spragga. The Benz in his name comes from the sound system for which he used to work for, L.A. Benz, and it is through this that he found his way into the music industry at a Dubplate recording session with Buju Banton. The famed elder DJ was slated to do four tracks for L.A. Benz but only voiced two and suggested that Spragga do the other two. Since he was new to recording, he freestyled a couple of lines of what would then become, "Love Mi Gun", a popular tune.
He soon became an in-demand performer for numerous producers, including Bobby Digital, and hits followed with "Could a Deal" (produced by Winston Riley) and "Girls Hooray" (Steely & Clevie). A series of well-received singles followed, many included on his debut album, Jack It Up (1994). This success led to a deal with Capitol Records, who issued his second album, Uncommonly Smooth, in 1995, featuring duets with Chevelle Franklyn ("A-1 Lover") and "Spanish Harlem" (with Ben E. King). The album didn't sell well enough for Capitol, who dropped him, after which he spent a few years releasing further singles in Jamaica, also collaborating with the likes of Wyclef Jean and KRS-One.

In 1999, he recorded a 'clash' album with Beenie Man, Two Badd DJs, and had a number one Jamaican hit single with "She Nuh Ready Yet (Hype Up)", which was also included on his third album, Fully Loaded (2000). This album featured duets with Lady Saw (on "Backshot") and Foxy Brown (on "Too Stoosh"), and was co-produced by house music legend Todd Terry. In the same year, Benz made his film acting debut in Brooklyn Babylon, and the following year played a leading role in the gangster film Shottas. 2002 saw the release of his fourth album, Thug Nature.
Carlton "Carlyle" Grant Jr., his 17-year-old son who had played a younger version of Benz's character in the film Shottas, was shot and killed by local police in Kingston, Jamaica, on 23 August 2008. Police say they stopped two men on a bicycle in the Kingston 8 area, and when they approached them, one of the men began firing at them. The police said they returned fire and the men fled. When they searched the area they found Grant Jr. suffering from gunshot wounds and in possession of a .45 semi-automatic pistol. Grant Jr. was rushed to hospital where he was pronounced dead.
Following his son's death, Benz founded the Carlisle Foundation, with the aim of helping local youths.