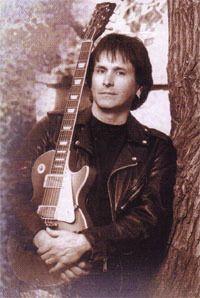 Stan is alive and kicking.
Please ignore rumors and hoaxes.
If you have any unfortunate news that this page should be update with, please let us know using this .

Does Stan Bush Have the coronavirus?

Stan Bush is an American singer-songwriter and musician whose most notable work includes the songs "The Touch" and "Dare" from the soundtrack to the 1986 animated film The Transformers: The Movie, and "She's Got the Power", featured in the American voice dub of the animated series Sailor Moon. He also had one track on children's album Take My Hand – Songs from the 100 Acre Wood entitled "That's What Tiggers Do Best," released in 1995. Other notable works include the songs "Never Surrender," "Streets of Siam," and "Fight for Love" from the movie Kickboxer, and "Fight to Survive" and "On My Own – Alone", the theme from Bloodsport. In 1987, Bush (and back-up band Barrage) wrote and recorded the ballad "Love Don't Lie", which became a minor MTV hit when covered a year later by House of Lords.