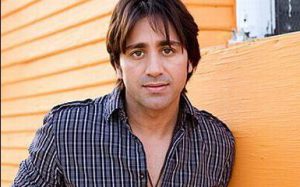 Steve is alive and kicking and is currently 58 years old.
Please ignore rumors and hoaxes.
If you have any unfortunate news that this page should be update with, please let us know using this .

Stephen Thomas "Steve" Azar (born April 11, 1964, Greenville, Mississippi, United States) is an American country music artist. Azar was signed to River North Nashville in 1995, and he released his debut album on February 27, 1996. After leaving River North, Azar took time away from his music. He returned in 2002 with his biggest hit, the No. 2 "I Don't Have to Be Me ('Til Monday)", which was the lead-off single from his second studio album, Waitin' on Joe. "I Don't Have to Be Me ('Til Monday)" received three Million-Air awards from BMI and is currently one of the top five most played songs of the past decade on US country radio. The title track, Waitin' on Joe, went to #1 on CMT and featured Academy Award winning actor Morgan Freeman. In 2006, Azar released the single "You Don't Know a Thing". The single was supposed to be the lead-off to a third studio album, via Midas Records Nashville. When the song failed to make the Top 40, Azar left Midas. In early-2008, he formed his own label, Ride Records, and released Indianola in 2008, Slide On Over Here in 2009 and Delta Soul: Volume 1 in 2011.