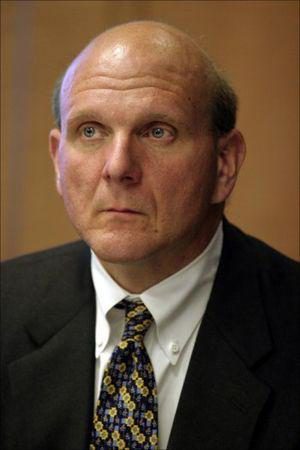 Steve is alive and kicking and is currently 66 years old.
Please ignore rumors and hoaxes.
If you have any unfortunate news that this page should be update with, please let us know using this .

Steven Anthony "Steve" Ballmer (born March 24, 1956) is an American businessman who was the chief executive officer of Microsoft from January 2000 to February 2014, and is the current owner of the Los Angeles Clippers. As of May 11, 2015, his personal wealth is estimated at US$22.7 billion, ranking number 21 on the Forbes 400.
It was announced on August 23, 2013, that he would step down as Microsoft's CEO within 12 months. On February 4, 2014, Ballmer retired as CEO and was succeeded by Satya Nadella; Ballmer resigned from the Board of Directors on August 19, 2014 to prepare for teaching a new class and for the start of the NBA season.

Ballmer was hired by Bill Gates at Microsoft in 1980 after dropping out of Stanford University. He eventually became President in 1998, and replaced Gates as CEO in 2000. On February 4, 2014, Ballmer retired as CEO and was succeeded by Satya Nadella; Ballmer resigned from the Board of Directors on August 19, 2014 to prepare for teaching a new class.
Ballmer was the second person after Roberto Goizueta to become a billionaire in U.S. dollars based on stock options received as an employee of a corporation in which he was neither a founder nor a relative of a founder. As of December 11, 2017, his personal wealth is estimated at US$37.1 billion. While CEO of Microsoft in 2009, Ballmer earned a total compensation of $1,276,627, which included a base salary of $665,833, a cash bonus of $600,000, no stock or options, and other compensation of $10,794.
In 1990, he married Connie Snyder; they have three sons.