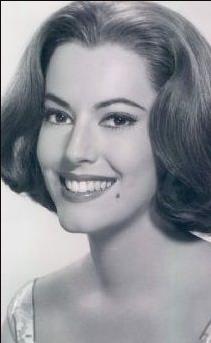 Susanna is alive and kicking and is currently 85 years old.
Please ignore rumors and hoaxes.
If you have any unfortunate news that this page should be update with, please let us know using this .

Does Susan Kohner Have the coronavirus?

Susan Kohner's mother, Lupita Tovar, died on November 12, 2016 as she was 106 years old. Her cause of death was heart failure.

In the light of today's tinderbox racial tensions, it is hardly likely that a white actress would be cast as a light-skinned black girl. But that's just what happened in 1959, when actress Susan Kohner played the troubled Sara Jane in the Ross Hunter-produced remake of Imitation of Life -- and nobody thought ill of the members of the Academy of Motion Picture Arts and Sciences when they nominated Kohner for an Oscar.
The daughter of American producer Paul Kohner and Mexican actress Lupita Tovar, Susan began her seven-year film career when she was signed by Universal in 1955. She retired from acting in 1962, after playing Martha Freud opposite Montgomery Clift in John Huston's Freud; two years later, she married fashion designer John Weitz. Susan Kohner's activities in the 1990s include serving on the board of directors of the Juilliard School of Music, and hosting a weekly radio program for the blind.

In 1964, Kohner married John Weitz, a German-born novelist and fashion designer. She retired from acting to devote time to her family. They had two sons together, Chris and Paul Weitz, who both became film directors and producers in Hollywood, together producing films such as American Pie (1999) and About a Boy (2002). Chris Weitz is also known for directing New Moon (2009), part of The Twilight Saga.
On April 23, 2010, a new print of Imitation of Life (1959) was screened at the TCM Film Festival in Los Angeles, California, to which Kohner and co-star Juanita Moore were invited. After the screening, the two women appeared on stage for a question-and-answer session hosted by TCM’s Robert Osborne. Kohner and Moore received standing ovations.