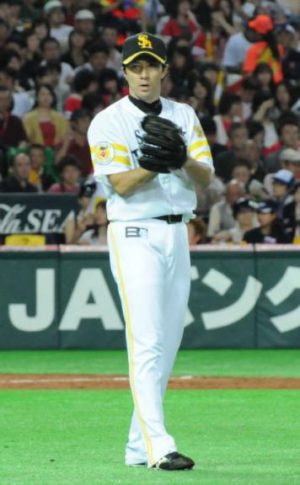 Takahiro is alive and kicking and is currently 40 years old.
Please ignore rumors and hoaxes.
If you have any unfortunate news that this page should be update with, please let us know using this .

Does Takahiro Mahara Have the coronavirus?

Takahiro Mahara (馬原 孝浩, Mahara Takahiro, born December 8, 1981, in Kumamoto, Kumamoto) is a right-handed pitcher for the Orix Buffaloes in Japan's Nippon Professional Baseball. He played in the 2006 World Baseball Classic. Originally a starter, Mahara was converted to a closer partway through 2005 season and has been an efficient closer since then.