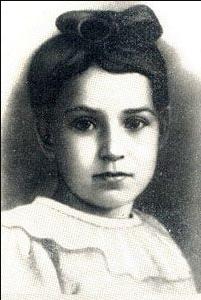 Tanya passed away on July 1, 1944 at the age of 14 in Settlement of Shatki, Gorky Oblast, Russian SFSR, Soviet Union. Tanya's cause of death was intestine tuberculosis.

Tatyana Nikolayevna Savicheva, commonly referred to as Tanya Savicheva was a Russian child diarist who endured the Siege of Leningrad during World War II.