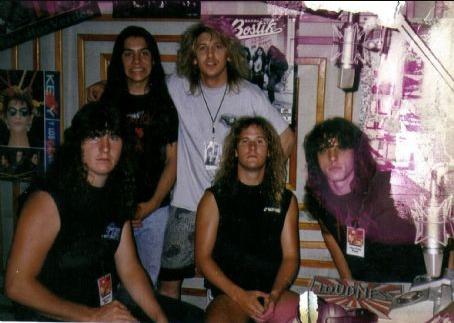 Terry is alive and kicking and is currently 54 years old.
Please ignore rumors and hoaxes.
If you have any unfortunate news that this page should be update with, please let us know using this .

Does Terry Butler Have the coronavirus?

Terry Butler (Born November 1967) of Tampa, Florida, U.S., is the current bassist in the death metal bands Obituary and Massacre. He was also a member of Six Feet Under and Death. He was credited on the Death albums Leprosy and Spiritual Healing, and band leader Chuck Schuldiner stated that on the latter Death album "Terry contributed to the songwriting as well".