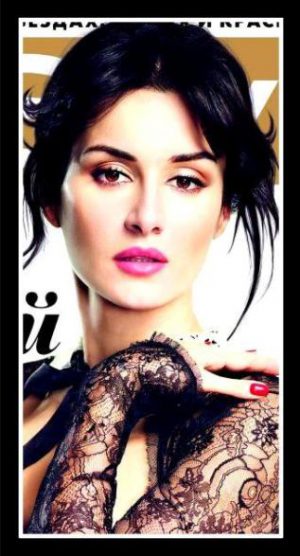 Tina is alive and kicking and is currently 47 years old.
Please ignore rumors and hoaxes.
If you have any unfortunate news that this page should be update with, please let us know using this .

Tina Kandeláki (Russian: Тина Канделаки, Georgian: თინათინ კანდელაკი, born November 10, 1975) is a Georgian-born Russian journalist, public figure, TV presenter and producer. A co-owner of the Apostol company.
Kandelaki worked for Radio 105, a radio station in Tbilisi, Georgia, until 1995, when she left for Moscow and started working on many TV and radio stations, such as M-radio, RDV, Silver Rain Radio, 2x2, Biz-TV, Muz-TV, Vremechko and TV-6. Since September 2002 Kandelaki has been hosting the talk show Details on the STS channel with Russian celebrity guests. In 2006 she received her first TEFI (the highest Russian TV award) for the “Best Talk Show TV Presenter” nomination. Since February 2003 Kandelaki has been hosting the TV show «The Smartest», the most popular version of “Britain's brainiest kid” quiz show. The show, as well as its host, received two more TEFIs — in 2004 and 2009. 2006 — Tina Kandelaki, together with Sergey Dorenko presented a weekly political program on Echo of Moscow (Russian radio station) 2008 —Kandelaki hosts Unreal Politics, a show that was aired on NTV. The show started as an experimental online project, in time Unreal Politics turned into one of the most popular talk shows on Russian TV with celebrity guests from politics, business and entertainment 2009 — Kandelaki hosts Two Stars, a TV show on Channel One 2009 — works as a producer of Infomania, a TV program on STS, a unique infotainment program for the thinking audience 2009 — dubbed Juarez, one of the guinea pigs of the G-force movie by Walt Disney Pictures 2010 — is a jury member of KVN Top-league (a TV game show) 2010 — is a TV-host for the show Perfect Man (STS Channel) 2010 - is a jury member of Bolshaya Raznitsa a parody show hosted in Odessa. (Russia One channel).

On November 26, 2006, Kandelaki was involved in a car accident in Nice, France. Kandelaki was a passenger of a Ferrari Enzo driven by Suleyman Kerimov, Russian billionaire and entrepreneur. The car went off road and crashed into a tree. The cause of the car accident is unknown. Kerimov was seriously injured and rushed to hospital.
Tina Kandelaki is partner and co-owner of Apostol Media Group. The company produces TV-programs for leading Russian TV channels and provides a full spectrum of PR services. Kandelaki is the owner of “Tinatin”, a restaurant opened in Moscow in 2010. The recipes used in the menu of the restaurant have been passed down from Kandelaki’s mother. On June 3, 2011, Tinatin received the Russian National Restaurant Award for “Best Ethnic Cuisine”. From May to November 2011 Kandelaki was on the board of directors of Vyatka-bank. On January 29, 2012 Tina launched a political talk-show with video blogger Dmitry Kamikadze - “A flight with Kamikadze”. Tina is the producer of the program. In March 2012 Tina signed a contract with cosmetics company Oriflame. According to the contract Tina will represent Oriflame products for 2 years in Russia and the CIS countries, as well as participate in company events. Although there is no official information, and Tina would not disclose the sum of the contract – it is rumored to be $2.000.000.