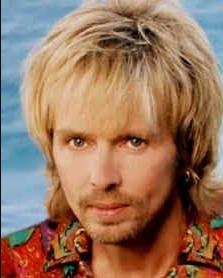 Tommy is alive and kicking and is currently 69 years old.
Please ignore rumors and hoaxes.
If you have any unfortunate news that this page should be update with, please let us know using this .

Does Tommy Shaw Have the coronavirus?

Tommy Shaw is an American musician, songwriter and vocalist who was born on September 11, 1953. He is best known as the front man and guitarist for the rock band Styx. In between his stints with Styx, he has played with other groups including Damn Yankees, Shaw Blades as well as releasing several solo albums.
Tommy Shaw was inducted into the Alabama Music Hall of Fame on February 22, 2008 at their awards banquet held in Shaw's hometown of Montgomery, Alabama at the new Montgomery Convention Center, the construction of which was completed just prior to the ceremony.

In 1975, Shaw married Cuppy Enders when he was 21 years old and They met in Michigan, they were divorced in 1977. Between late 1979 and mid-1981, Shaw dated with the actress Linda Blair. Shaw married his second wife, actress Pamela Donnelly, on February 15, 1986. Their daughter, Hannah, was born July 9, 1987. Pamela and Tommy were divorced December 22, 1993. He married his current wife, Jeanne Mason, on December 28, 2000.
Tommy and Jeanne's home was featured on Flipping Out season 5 as Jeff Lewis remodeled it as a rental property. Shaw stated in a 1992 interview during his first tenure with Damn Yankees that he is a strict vegetarian.