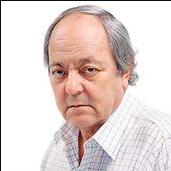 Vasco Pulido Valente was born on November 21, 1941 in Lisbon, Portugal as Vasco Valente Correia Guedes. He is a writer, known for O Delfim, The Circle (1970) and Aqui D'El Rei! (1992).
Between the late 1960s and early 1970s, thanks to a grant from the Calouste Gulbenkian Foundation, he left for England. In that country he would go on to obtain a doctorate in History, at the University of Oxford , with a thesis guided by Raymond Carr, and defended in May 1974, entitled The Power and the People: the 1910 revolution.