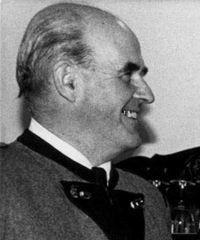 Werner Ritter von Trapp (21 December 1915 – 11 October 2007) was the second-oldest son of Georg and Agatha (née Whitehead) von Trapp. He was a member of the Trapp Family Singers, whose lives were the inspiration for the play and movie The Sound of Music. He was portrayed as the character "Kurt".