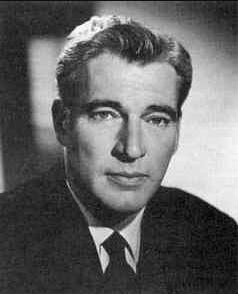 William passed away on January 6, 1970 at the age of 54 in Palm Springs, California, USA. William's cause of death was pneumonia.

Son of Hedda William Hopper, born DeWolf Hopper, Jr. was an American actor. Hopper was born in New York City, the only child of singer and comic stage actor DeWolf Hopper and actress and gossip columnist Hedda Hopper (1885-1966). He is best remembered for playing private detective Paul Drake in more than 250 episodes of television's Perry Mason and for his role as the father of the Natalie Wood character in Rebel Without a Cause.
Hopper began his acting career as a teenager. He made his first stage appearance at the Pasadena Community Playhouse, in She Loves Me Not. He worked in summer stock in Ogunquit, Maine. He appeared on Broadway in the short-lived comedy Order Please (1934) and as a member of the ensemble in Katharine Cornell's production of Romeo and Juliet (1934–35).

In 1940, Hopper married actress Jane Kies, whose professional name was Jane Gilbert; she was the sister of Margaret Lindsay. They had worked together on the 1939 film, Invisible Stripes. They had one daughter, Joan, born in 1947. The couple divorced in 1959, and later that same year, Hopper took a second wife, Jan, with whom he had no children and who was widowed by his death.
Hopper entered Desert Hospital in Palm Springs, California, on February 14, 1970, after suffering a stroke. He died of pneumonia three weeks later, on March 6, at age 55. He was buried in Rose Hills Memorial Park in Whittier, California.