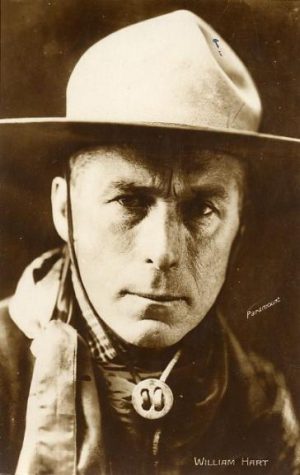 William Surrey Hart was an American silent film actor, screenwriter, director and producer. He is remembered as a foremost western star of the silent era who "imbued all of his characters with honor and integrity." During the late 1910s and early 1920s, he was one of the most consistently popular movie stars, frequently ranking high among male actors in popularity contests held by movie fan magazines.