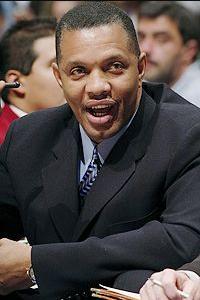 Alvin is alive and kicking and is currently 67 years old.
Please ignore rumors and hoaxes.
If you have any unfortunate news that this page should be update with, please let us know using this .

Alvin Harris Gentry (born November 5, 1954) is an American basketball coach who is head coach of the New Orleans Pelicans in the National Basketball Association (NBA). Gentry was a former college basketball player, who has led four different National Basketball Association (NBA) teams. He served as an interim head coach for the Miami Heat at the end of the 1994–95 season, and later coached the Detroit Pistons, Los Angeles Clippers, and Phoenix Suns.